Brad Brundrett was raised in Rockport and was a 1998 graduate of Rockport-Fulton High School. He earned a Bachelor’s degree in Leadership, Education, and Development from Texas A&M University. He started his love of firefighting serving as a proud member of the Rockport Volunteer Fire Department in 2000. This passion led to a 17-year career as a Firefighter/Paramedic in Missouri City, Texas, where he currently holds rank as a Lieutenant.  While he is not on shift, he is employed by Griffith & Brundrett Surveying & Engineering, Inc., a longtime family business in which he began employment in 1994. Brad is on the board of the Aransas County Historical Society, the Rockport-Fulton Little League, and a past president and current president-elect of the Rockport-Fulton A&M Club. In 2013, Brad moved back home to Rockport to raise his family, purchasing the original home of his grandparents on property that has been in the Brundrett family for over 100 years. Married to Elizabeth Brundrett for 14 years, they have two children, Bradford and Kelly Alice, both of which are 8th generation family members living in Aransas County. 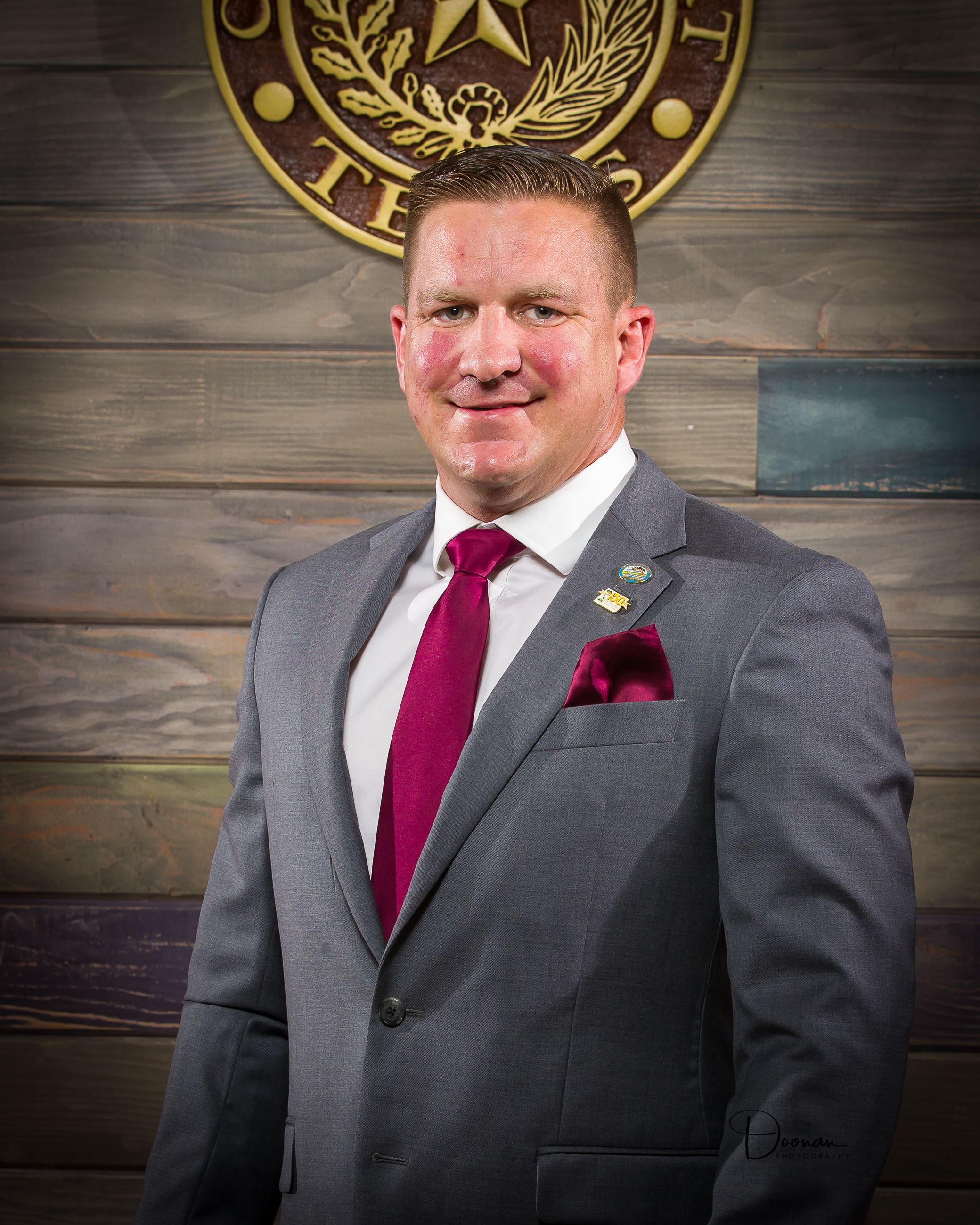